The New & The Old: Possibilities & Aesthetics of Letterpress

In researching for an upcoming project where I'll be attempting to letterpress leather, I happily stumbled upon the work of Amos Paul Kennedy, Jr., a letterpress printer based in Georgia. 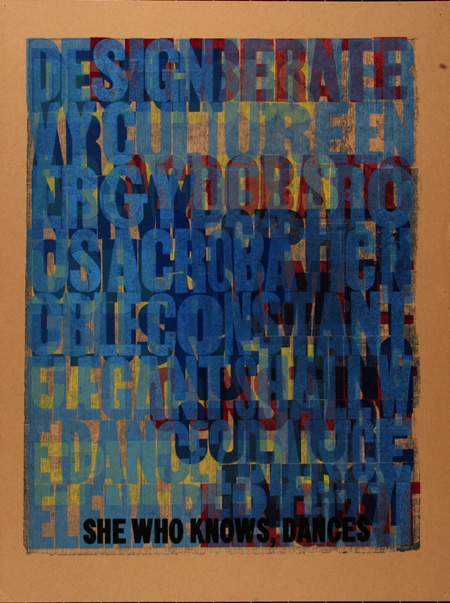 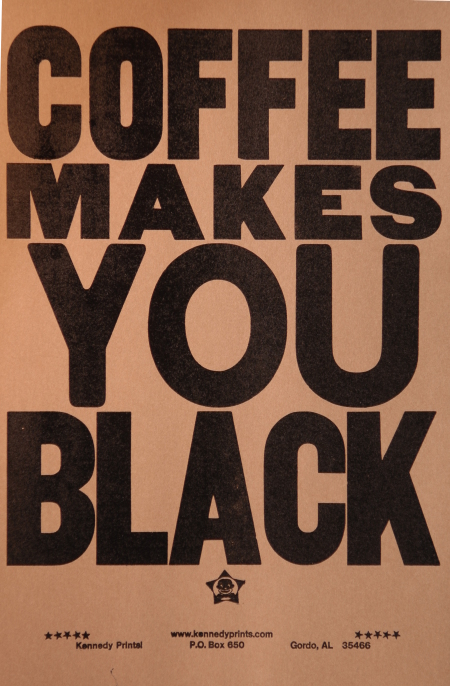 The discovery of Kennedy's refreshingly voiced and graphically bold posters couldn't come at a better time. After attending the CBAA conference here at Mills and hearing Cliffton Meador's speech about how letterpress printing has overshadowed other forms of printing, particularly offset lithography, I was beginning to feel certain negative opinions of my own towards the clique of letterpress.

Although I do enjoy the aesthetics of letterpress, and love a good 8 hour print run, I do have share some of the same concerns Meador brought up in his talk. For example, take the fact that Vandercooks are utilized as the primary source of "printing technology" in nearly all college Book Arts programs, a fact Meador attributes to their availability and cost-effectiveness during the 1970s when many Book Arts programs were being formed. This focus on letterpress also at times furthers the somewhat arbitrary distinction between programs that employ various other printing techniques, discouraging collaboration between programs including: graphic design, fine art, digital printing, 3d printing, and print making. I also share Meador's disease with how many "picture books" are overlooked in the realm of artist's books, both by academics as well as curators and collectors.

Meador also touched upon aesthetic issues with letterpress. In recent years, letterpress has gathered a cult following centering around a certain kind of retrophilia that I generally find to be kitschy. This is not to say that all works produced via letterpress are inherently "old-timey" but as previously mentioned there does seem to be some confusion over how to discuss using newer technologies (and it would follow aesthetics) in combination with letterpress. As a result, it's not uncommon to find fairly simplistic graphics via polymer plates or linoleum blocks accompanying text in artist's books, where images produced via alternative modern technologies could possibly result in more dynamic graphics with a more novel aesthetic.

Again, this is certainly not true of all works produced by letterpress and there is a tradition to letterpress that I observe and respect. At the same time, I think as the art form continues to gain momentum it's important to consider new ways to use old technology as well as considering the benefits of newer technology.

In my own work, I incorporate letterpress in ways which are self-referential but experimental, aware of their unique production as well as reminiscent of their historical usage. Instances of this self-referential element occur in the books Nothing In That Drawer where the ink fades from completely saturated to a dry stamp and The Vineyard where the words of Woolf and Steel are intentionally letterpress printed to speak of the history of the production of texts (the words of Steel traditionally letterpress printed now produced in trade copies where the text is cheaply and digitally imprinted (highlighting the aura of the rare book vs. the fleeting satisfaction of the modern novel as commodity). Maybe the key word here is intention. Should an artist (of any kind) choose to use letterpress, I believe it should be for a reason and that that reason should go beyond the commercial appeal or the availability of the Vandercook.
Posted by Mirabelle Jones at 5:24 PM

Mirabelle Jones
Mirabelle Jones is a writer, performance artist, and book artist alternating between San Francisco and Berlin. View more of her work at Mirabellejones.com